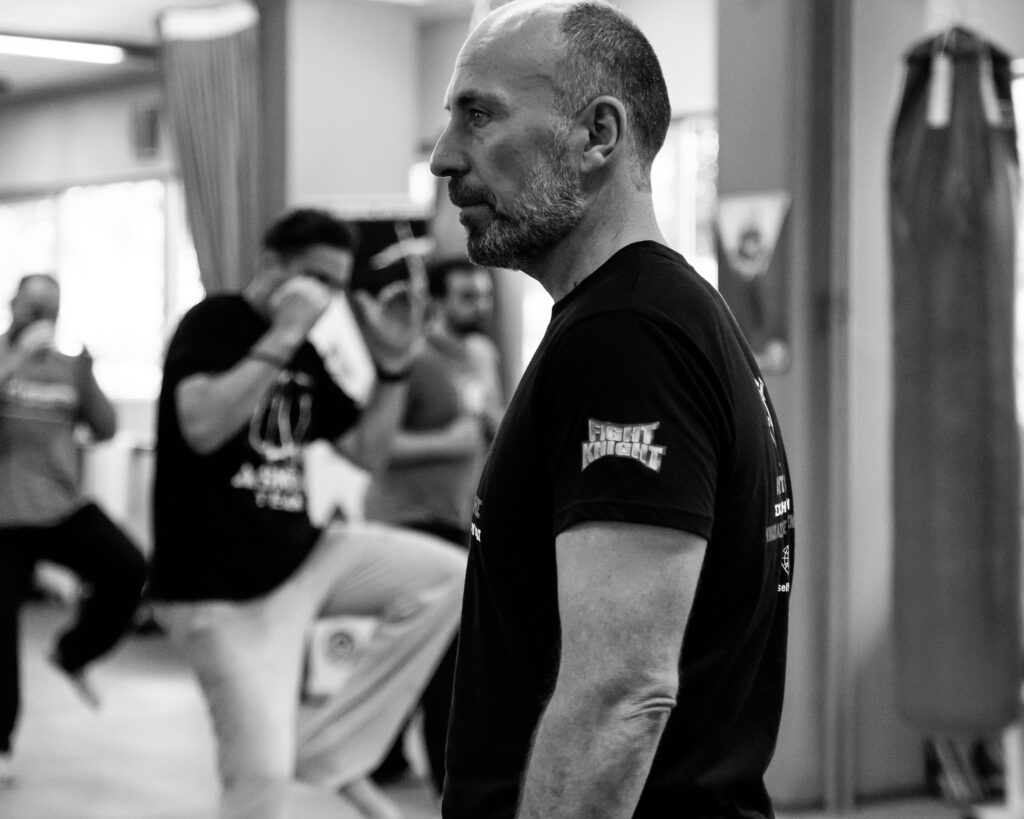 It all started in 2010 ..
Dimitris was at ASKITIS KICK BOXING ACADEMY for his usual training… As he practiced the combinations of punches on the bag, he thought how helpful it would be to have something to remind him to keep his guard up..something to help him improve precision and accuracy..something to help him find the right distance. The idea started to grow..

A teammate is the solution!

How could a bag simulate an opponent?

Through abstraction, came the conclusion! A simple boxing bag,as well as other similar training equipment lacked realism.
The idea was simple, but difficult to implement. Dimitris Xanthopoulos wanted to introduce a fighter with a human form and a complete human body shape, which could remind the athlete to maintain a proper fighting posture and to act as a real opponent. That’s how he created Fight Knight Dummy.
The Fight Knight Dummy made its explosive appearance officially in December 2012, at the K-1 World Max tournament in Athens.
After many years of work and study, Version 1 soon evolved into Version 2, and finally Version 3. Fight Knight Dummy now holds a prominent position in a multitude of combat schools to meet every need! 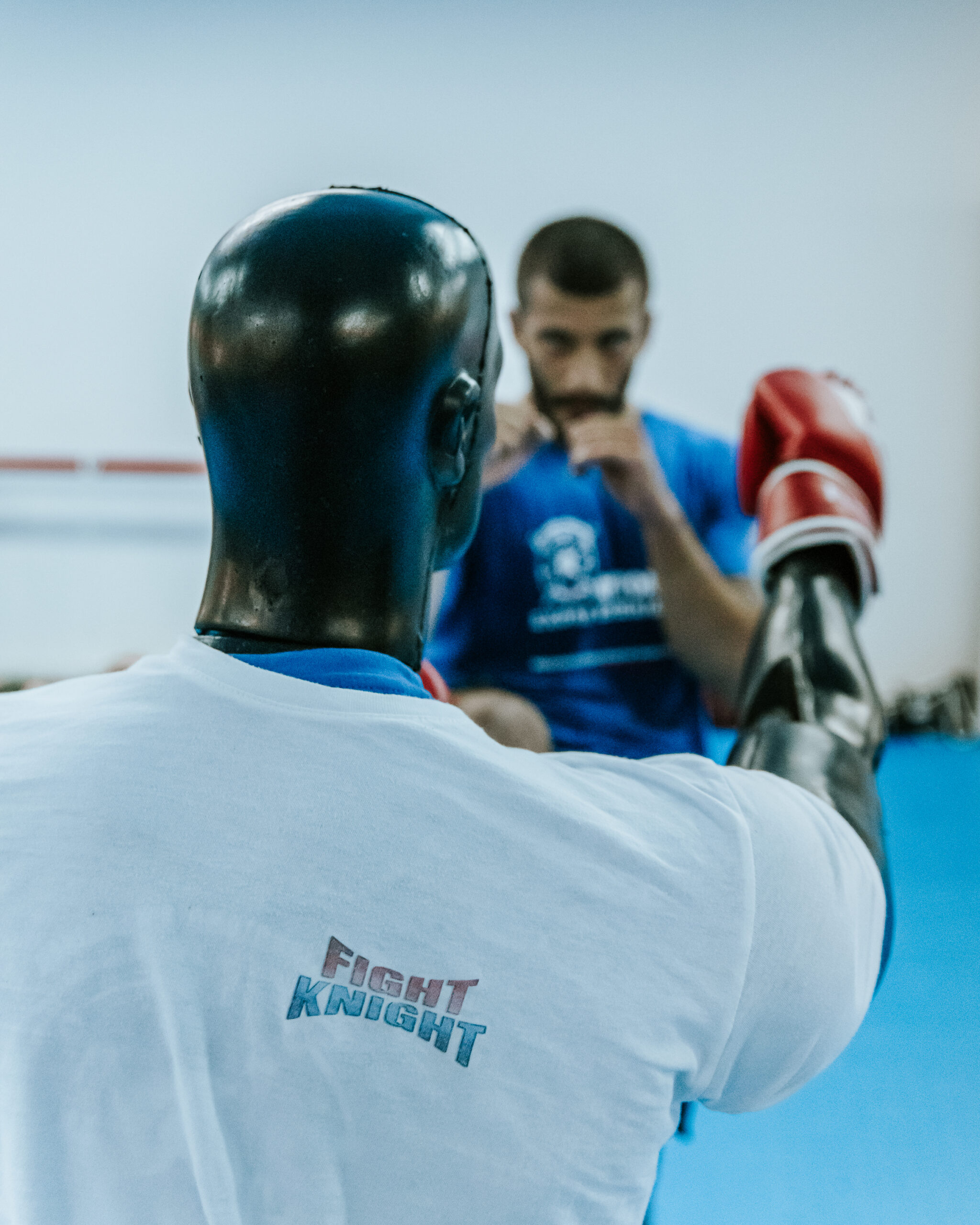 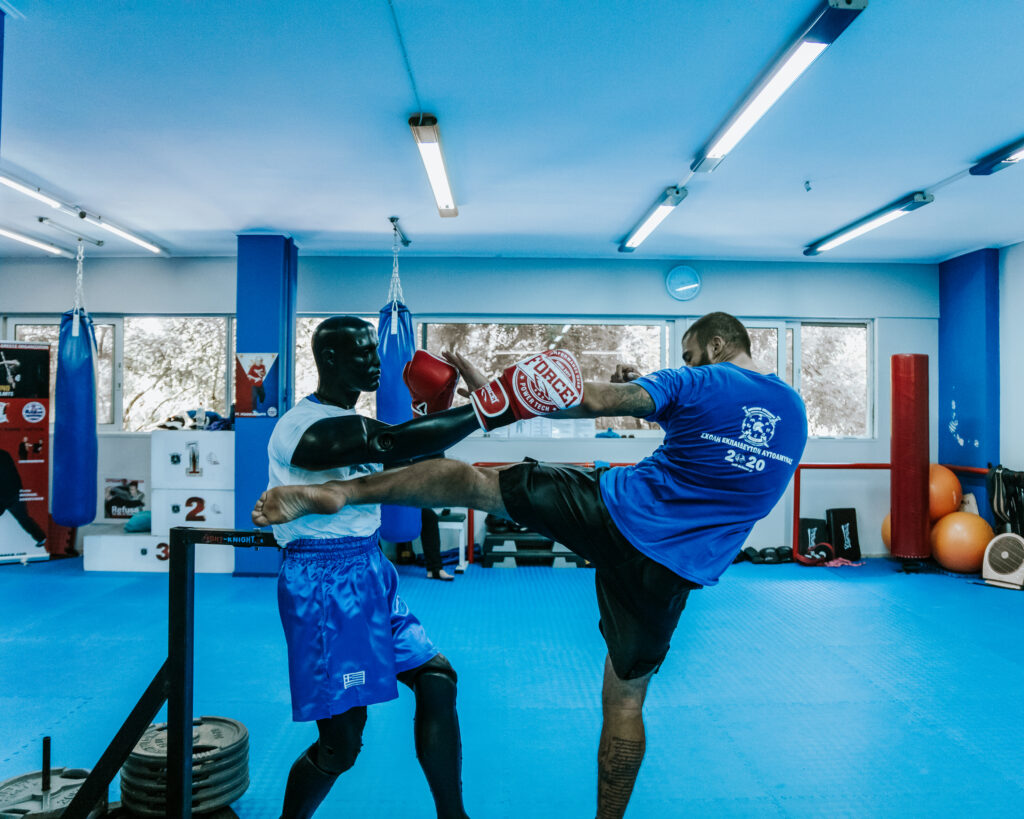 Fight Knight aims to excercise experience improvement, not only for the athlete, but also for the coach. We are working hard in order to respond in your special needs, knowing the differences and specialities of each martial art. Fight Knight Dummy is a useful tool, idepedent from athlete’s level or kinds of martial art and its goal is the best possible result, for people who try to reach the top or for people who just want to excersise.

Any cookies that may not be particularly necessary for the website to function and is used specifically to collect user personal data via analytics, ads, other embedded contents are termed as non-necessary cookies. It is mandatory to procure user consent prior to running these cookies on your website.